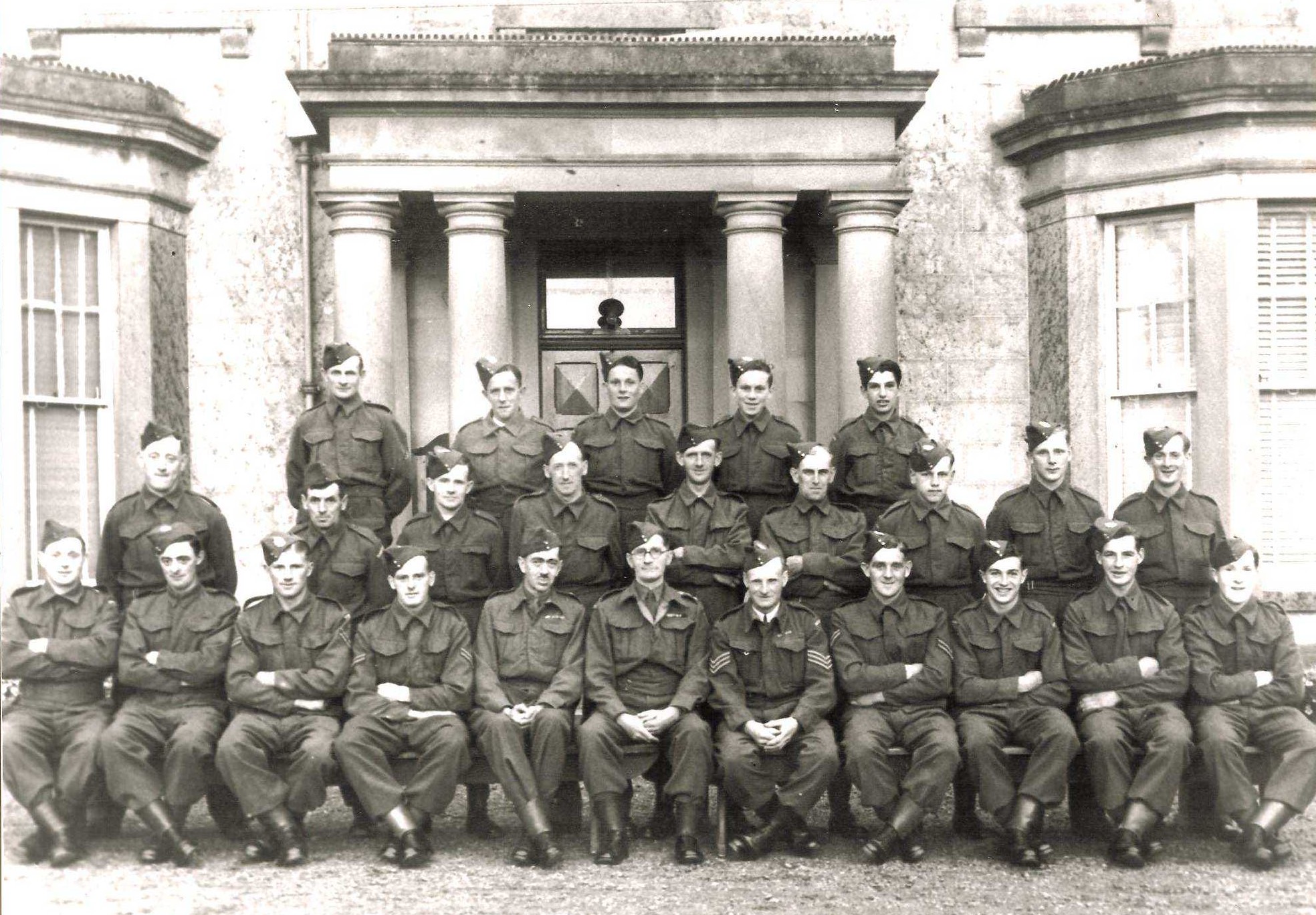 At War! The Home Guard

Britain’s last line of defence against a German invasion during The Second World War were the volunteers who joined The Home Guard, originally called the Local Defence Volunteers.

On May 14th1940 The Secretary of State for War, Anthony Eden, made an urgent appeal on national radio for volunteers between the ages of 17 and 65 who were not already serving members of the armed forces to sign up at their local police stations and become part time soldiers. Within 24 hours of the appeal being aired 250,000 men had volunteered.  On 20th May 1940 German forces reached the English Channel and the threat of an amphibious invasion was real, widely feared by the population and at times, quite likely, if not imminent. The numbers of volunteers rose to 350,000 and the end of July there were more than  1,250,000 five times more than the regular army in peacetime. There were nearly1.8 million in 1943.

Men who were aged over 41 were considered too old to join the regular army and the volunteers quickly gained the nickname ‘Dads Army’. Today the term is risible, largely due to the very popular 1960’s BBC TV comedy series about bungling incompetents of the same name. The truth was very different; these were real part time soldiers with a mission to defend our towns and villages, support the regular army and ‘Keep the Home Fires Burning’.

The volunteers were made up mainly of men whose jobs were classed as essential or ‘reserved’ such as farmers, doctors, bankers, bakers, grocers, railway workers, miners and other volunteers and included men who were either too young or too old to join the regular army. The upper age limit of 65 was not strictly enforced; some old soldiers even in their 80s were known to have signed up. Their leaders were likely to be retired military officers and old soldiers and the quality, quantity and frequency of the training they provided varied. They were schooled in hand to hand combat, observation skills and sabotage techniques. The Home Guard also served as one of a number of covers for the Auxiliary Units, an extremely secretive force of more highly trained volunteer resistance troops that would function as guerrilla units should The British Isles be invaded.

It was a while before any of the volunteers began to feel or look like soldiers even though they were expected to fight a fully trained and equipped invading enemy from the outset. Until they were issued with uniforms they wore armbands over their normal clothes. It took months for their uniforms to arrive and when they got them they were often incomplete. Weapons were also slow to get a hold of, most of them had to make their own: pitchforks, kitchen knives, golf clubs, lengths of pipe, broom handles, rolled up umbrellas and some were even known to carry small bags of pepper to throw into the faces of the enemy should they get close enough. Some of the ex military men, about 40% of the volunteers, had weapons from their time spent in the World War One such as shotguns, blunderbusses and service revolvers, and some carried swords.

When weapons were finally sent, it was mainly a selection of old rifles from the First World War (some liberated from museums by the volunteers themselves), sten guns and others imported from Canada and donated by US National Rifle Association using non standard rounds of ammunition. The men felt let down by the belated and sometimes useless offerings. Some were issued with hastily made pikes, seen as a joke or an insult. A public appeal was launched for guns.

During the blitz in September 1940 The Home Guard became more respected by the general population of Britain but as a civil defence organisation rather than an anti- invasion force. They helped clear rubble from the bombings, stood guard outside damaged shops and banks to prevent looting, and helped the police and fire-fighters when needed.

They helped man anti-aircraft guns as early as 1940 and eventually had their own batteries of guns, rockets and costal defence artillery.  The Home Guard’s first kill was in Tyneside in 1943 and they are credited with shooting down many enemy aircraft. In Northern Ireland they were engaged in gun battles with the IRA.

Locally, in and around Castle Carrock, they were deployed on foot, bicycle and horseback to defend communications and resources. At night, after a full day’s work they would patrol the reservoir and railway particularly the viaduct at Middle Gelt, petrol stations and anything else thought to be of use to an invading army and essential to the local population and national war effort. They would watch both the fields and sky for a sign of an invasion by aeroplane and parachute. The church bell would be used as a call to arms in the event of an attack. Required to be familiar with their own ground and highly observant, they would challenge strangers, check identity cards and report anything suspicious.

Luckily The Home Guard was never required for their initial purpose because the feared invasion never happened.

By 1943 when it was clear that German forces were on the retreat and heading for defeat interest in The Home Guard began to fade; many members failed to show up for training sessions and the force began to go into a slow decline.

On 3 December 1944 The Home Guard was stood down and on 31 December 1945, without pomp or ceremony, was disbanded. There was no financial reward given to the volunteers but Winston Churchill insisted that the men should be at least allowed to keep their uniforms and boots. A farewell parade was held in Hyde Park, the Home Guard’s Colonel-in-Chief, King George VI, declared: ‘History will say that your share in the greatest of all our struggles for freedom was a vitally important one.’

The photo above (from the late Margaret Armstrong) shows the Castle Carrock Home Guard outside Gelt Hall around 1940-1944. Soldiers identified by Arthur Mason.