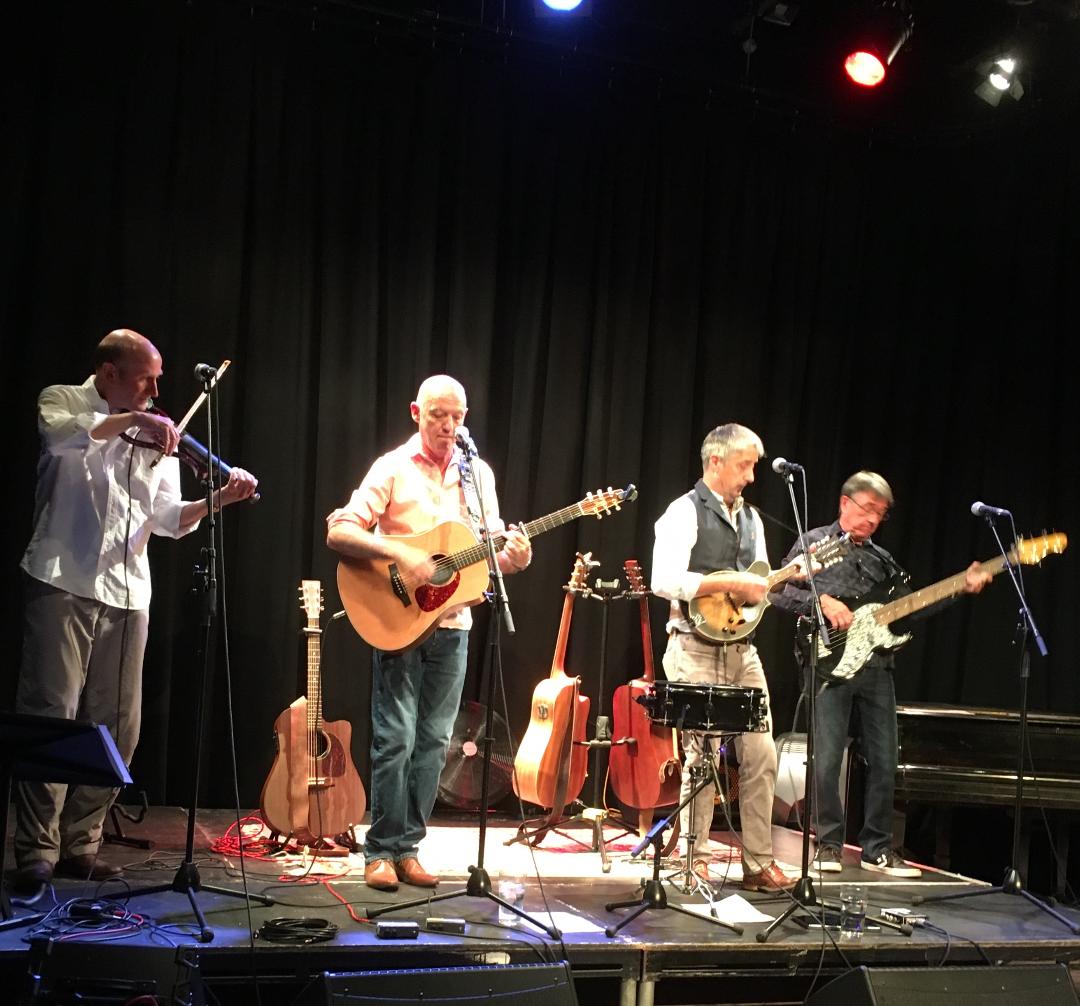 Come and enjoy a fantastic night out with Kinfolk - with all profits going towards the hall repair fund..

Kinfolk are an original Celtic influenced Folk / Country Music mixed with their own distinct versions of favourite cover songs.

New to the Northwest folk music scene, they have been delighting audiences in the Southeast and Scotland since their debut album ‘This Land’ in 2006.

Brian and Gerry’s songs are rooted in the traditions of Scottish and Irish music whilst often mixing in American influences. Combined with Michael’s original jigs and reels, and Kinfolk’s powerful 4 part vocals, the band has a truly ‘unique sound’. Their performances and albums have been critically acclaimed and received significant airplay on numerous local, national and internet radio stations.

"They make amazing music...vocally and instrumentally they are excellent..." (The Celtic Music Fan)

"..Words to make you sit up and pay attention.." (Folkwords)

Bring a bottle or get your drinks from the Duke next door.