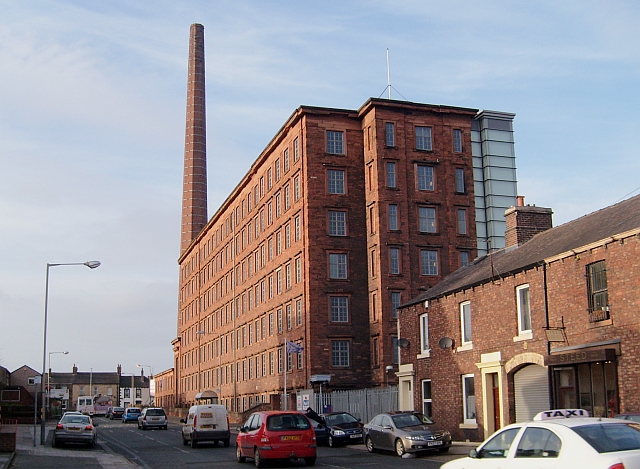 Dixon's Chimney and Shaddon Mill was built in Shaddongate, Carlisle, Cumbria, England, by Peter Dixon in 1836. The architect Richard Tattersall was from Manchester. Shaddon Mill was a cotton factory, the chimney of which became famous due to its height. The chimney was built to be tall enough to prevent the large amounts of smoke generated by the factory becoming noxious to the rest of the city. In its day Shaddon Mill was the largest cotton mill in England and had the 8th largest chimney in the world. Shaddon Mill became listed in 1949 and the chimney was listed in 1972. Peter Dixon and Sons Ltd. provided work for 8000 people in their four mills in the area.

In 1883 Peter Dixon and Sons Ltd. went into liquidation and the mill was taken over by Robert Todd and Sons Ltd., who then used the mill for wool production rather than cotton.

Dixon's Chimney, being such a popular and historic structure in Carlisle, was restored by Carlisle City Council in 1999. Originally it was 305 ft tall, but in 1950 it was shortened to 290 ft. The internal diameter of the chimney remains 17 ft 6 in and 10 ft walls at the base. In 2005 part of the mill was converted into apartments by Story Homes and the other part is used by the University of Cumbria.